Slide Presentation in Memory of Richard Cornelius
{​Images of Richard, his early life, through 50 years of love with his family}
In Memory of Richard Ole Cornelius
I know many of my friends and co-workers knew Rich but maybe not our story. I felt compelled to share it with the idea that maybe a few others would emulate him.
Richard O. Cornelius loved airplanes. His career path was stymied by timing. If all of us are honest, luck plays a large part of where we end up in this career. His cards just never fell in exactly the right spot to lead to a major carrier.
His hand never held all the aces, but he was certainly ready to help others get them. He knew how to get them after years of experience. He steered the careers of many a young pilot as he fought through deregulation and the open at 7AM closed by noon airlines of the 80s.
Rich and I crossed paths over 15 years ago, by chance, when his daughter who loved airplanes too, decided to try her hand at dispatching and met a pilot. That pilot was me. Time passed and low and behold Sara Cornelius Murphy and I ended up at America West Airlines.
It turned out, Rich had a job at America West in the very early years. However, Rich was a different breed. A career was important, but family came first, always. He elected to not move his family yet again to chase a career that may uproot his family annually. He stuck with what he had. He had no idea this decision would shape the entire future of his would be son-in-law and his daughter. This was something I truly admired in Rich, and have to admit has influenced my own career. Family comes first.
I didn't realize it at the time, but many, many of my co-workers knew Rich. Many had flown with him. Many hadn't talked to him in years but told me so many stories of how he helped their career. How he encouraged them to take the leap to a major airline, or he taught them to fly, or work ethic by example, or approaches to minimums in a 421. So many stories. I had no idea until America West.
As the years passed Rich and I had a lot of airplane and pilot conversations. From the ridiculous to serious, to my personal favorite of how pilots never seem to realize just how good things really are.
I know he instilled a little fear in some of the pilots that worked for him. I know those same pilots are forever thankful for his guidance. Rich would give you anything you needed, provided you earned it.
Everyone should be so fortunate to fall into a family like Rich's. I'll be forever grateful for our talks about airlines and life. I hope those that happened to cross paths with Rich take just a little of his generosity and pass it along. His honesty and generosity were unmatched.
Rich was a true family man that just happened to be a pilot. I'll miss him. Thank you Rich.
A tribute from Brian Murphy 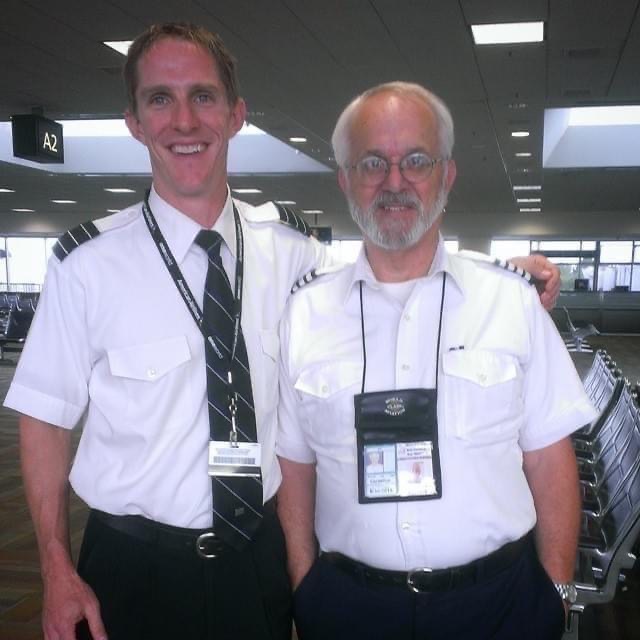